For over 10 years my daughter, Jennifer, took therapeutic horse-riding lessons on a weekly basis. These brought her much joy and freedom. Several years ago, when she was about 13 years old, she was riding in an arena. A visiting spectator dragged a picnic table, which was on the side of the arena, across a gravel area. The sound spooked Jennifer’s horse and she was thrown off. Jen landed hard on her arm and wrist. I was watching from outside the arena, and immediately claimed what I learned early in my study of Christian Science, that there are no accidents in God’s kingdom, and Jen’s joy could not be taken away.

The owners/teachers of the class were alarmed and concerned, as Jennifer’s wrist was badly out of shape. It looked as though it had been broken or fractured and showed immediate signs of swelling and bruising. The owners asked if we would please go to the local hospital to have her checked out, and they would drive us there. In order to calm their fears, I agreed we would go. I assured them they were not to blame, and Jennifer was going to be alright.

As we traveled to the hospital, I sang one of Jen’s favorite hymns by Mary Baker Eddy, “O, Gentle Presence” (Christian Science Hymnal, #207), and gently held her wrist and arm while telling her all was well. Jennifer was very concerned about the horse she was riding and wanted to be assured that he was okay too.

At the hospital, after a thorough examination of the wrist, doctors decided that x-rays were required of her wrist and arm. We waited several hours for the x-rays to be taken, giving me an opportunity to have some quiet time with my daughter and also time to call a Christian Science practitioner for prayerful help. Jennifer and I talked about the fact she was never separated from God’s love, and right at that moment He was holding her in His arms. The practitioner was immediate in her response to let me know that Jennifer is the spiritual image and likeness of God; and that God’s image and likeness had never fallen from her “high estate” (Science and Health, 258). She also reminded me not to look at the material picture.

The practitioner suggested I talk to Jennifer about all the things she was grateful for, and one of them was her horse and Chris and Tom (the owners of the horse farm). During this time, Jennifer was completely calm and joyful, knowing that all was well. There were no signs of pain or discomfort. During the time we sat waiting for x-rays, her wrist was improving. The swelling was going down, and it appeared to be returning to a more normal position.

Shortly after we arrived in the x-ray lab, a man was brought into the waiting area on a stretcher. Jennifer asked me what was wrong with him. I said he was not feeling well, but that everyone was taking care of him. Jen immediately spoke to the man and told him that he was going to be fine. The man, who before had been completely expressionless and looking very uncomfortable, smiled and said, “Thank you dear.” Jen was just expressing her joy and compassion as she always does.

Another man was brought into the room in handcuffs by three police officers. Jennifer spoke to this man as well, smiling and telling him too he would be okay and everything would be fine. This man smiled as well and thanked her. Shortly thereafter, Jennifer was taken for x-rays of her wrist. They could not find a break or fracture, which is what we expected all along. I gratefully followed up with the practitioner and let her know the healing was complete.

Jennifer was back to school on Monday as usual, and within a couple of days was able to use her hand effectively. She was back on her horse riding in a couple more weeks. The owners were so happy Jen was fine and surprised that she healed so quickly. As Jennifer’s mother, I am so grateful for this demonstration of God’s love for His children in action. It also reminded me how important gratitude is when we are expecting healing. This was a clear example of a child expressing the innocent, childlike, Christly qualities that are in all of us.

Jennifer and her family – dad, brother and mother. 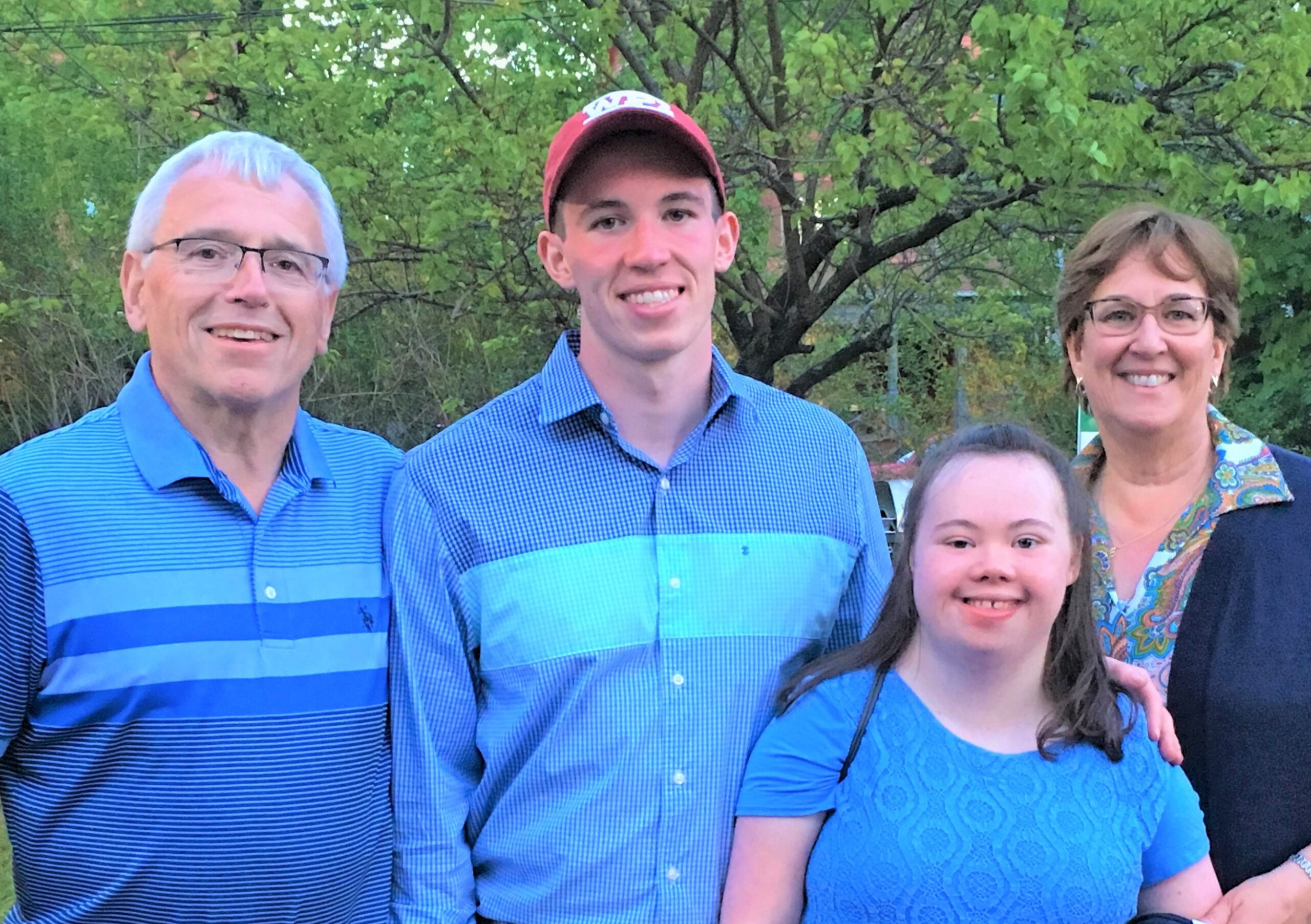 Healing is happening »
« RVRN is a life saver!