My family has worked with a Christian Science practitioner for help with healing through prayer since prior to the birth of our son, Hayden, when I was told he was being miscarried. There have been many spiritual insights over the years that have helped Hayden overcome multitudinous negative prognoses. The first major insight came from Hymn #148 in the Christian Science Hymnal, when there was very little hope for Hayden: “My Father has my treasure, and He will walk with me.” I held onto this thought constantly through concerns early on that the pregnancy was not viable.

When Hayden was born, the predictions for his life were harsh. My husband (who was not a Christian Scientist at the time) and I opted to have Hayden’s cleft lip repaired surgically. I am grateful to report all of his other physical health challenges have been healed through prayer in Christian Science. To summarize a few: Hayden’s malformed ears grew and his eyes are large and beautiful; his kidneys healed within a few days of birth; expectations of deafness were proven false­ (in fact, his hearing is better than perfect and he loves to listen to butterflies’ fluttering wings); and the small hole in Hayden’s heart closed when he was around six years old. (I’m so grateful for the church congregation’s prayers, as this healing occurred shortly after I’d inadvertently mentioned his heart issue while giving gratitude for another healing!).

One of the many concerns doctors had was with Hayden’s voice. We lovingly worked with the doctors and agreed to non-invasive testing (such as sonograms) so that we had time for healing while still allaying fears. Tests showed Hayden had vocal cords, but somehow, when it came to talking, his voice was very soft.

Although he found ways to communicate some of his wants, Hayden’s language was very limited. He often banged his head on the floor or walls out of extreme frustration. We worked with the ideas that “thoughts unspoken are not unknown to the divine Mind. Desire is prayer; and no loss can occur from trusting God with our desires, that they may be molded and exalted before they take form in words and in deeds” (S&H p. 1); and “thought passes from God to man, but neither sensation nor report goes from material body to Mind” (S&H p. 284). I would hold him and let him know that our real line of communication was with God; that he could trust God with his thoughts, and God would ensure he was heard; and that I would be listening for God to tell me what he needed.

When he was three-and-a-half years old, Hayden’s private speech therapist discharged him because he was not showing interest or notable progress. Later, the school speech therapist did not think he even understood simple concepts like “bread” and “apple.” This therapist even commented that Hayden had the mental intelligence of a parrot! He said Hayden did not have an original thought in his head and would never be able to do anything more than parrot phrases he’d heard others use.

Needless to say, after that meeting I demanded a new, more open-minded and creative speech therapist at school! We were blessed with this wonderfully innovative young woman who made silly faces in the mirror to get Hayden engaged instead of angry. All the while, by laughing and copying her silly faces, he was stretching and strengthening his mouth muscles without realizing

it. My expectation of original thought was confirmed a few weeks later when Hayden angrily held out his very light brown toast and forced out the word “BWWWWOOOOWWWNNNN!!!!” Wow! He wanted his toast darker brown. I had always fixed it very light brown like his sister liked. I was so excited!

At Sunday School, Hayden’s amazing teachers taught him as if he understood everything, and he showed clear signs of understanding. One day, I shared with his school teacher that Hayden knew the Lord’s Prayer, he just needed prompts to say it. I started off, “Our Father…,” and Hayden said, “…which art in Heaven.” I continued, “Hallowed…,” he continued “…be thy name,” through the entire prayer. His teacher was astounded, and said that it is more difficult to say it that way than just to memorize it from start to finish. This showed Hayden really KNEW it.

When Hayden was in Jr. High, his sentences were still only three to five words—lacking filler words. His voice was typically just a whisper, and sometimes only intelligible to those who knew him well. The school wanted to move him to a non-educational day program environment due to his lack of progress and poor behavior. In eighth grade, I began to home school Hayden. At home we started our day with the Bible Lesson and could sprinkle spiritual articles throughout our day. Math became his favorite and his language blossomed. Within six months he was occasionally speaking in full sentences as long as 10-15 words!

At one point during our homeschooling adventure, I became the executor and trustee of a loved one’s estate. It was important that I fulfill this role, but I needed assistance with home schooling Hayden to make it possible. Rainbow Valley Resource Network was there to help me with a grant to hire a tutor for a few hours each week to fill this temporary gap. With Rainbow Valley’s help, Hayden’s home education and progress continued seamlessly. I am so grateful for Rainbow Valley’s support during what could have been a very stressful time for both of us.

Hayden now expresses MANY original thoughts. I am so grateful for the prayerful and practical support of our family, our practitioner, our Christian Science Church family, and Rainbow Valley Resource Network. We have seen, and will continue to see, ongoing healing of clarity of thought and unprecedented growth in language!

Shannon and her son, Hayden, enjoying time together at the beach. 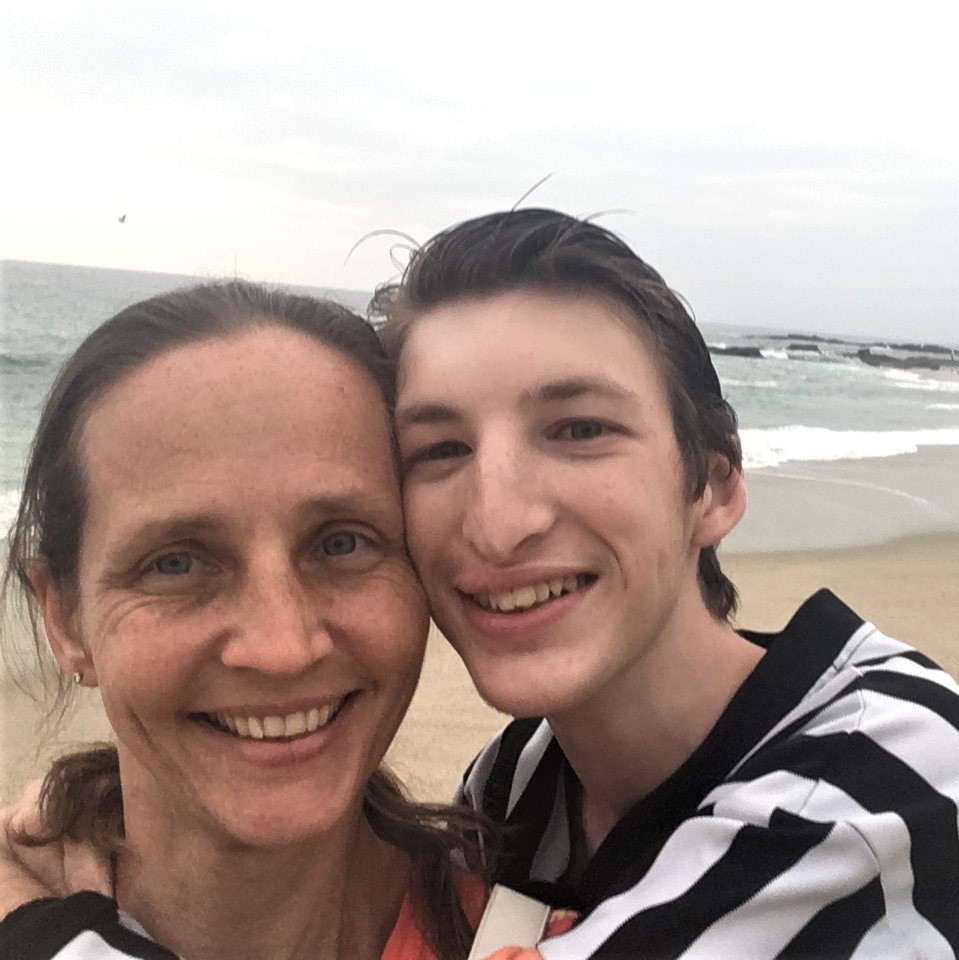 Healing answers are there »
« Healing is happening