“It’s comforting to know there are others like us”

Michael and his wife, Fran, were raised in the Jewish faith and chose the medical route for their healthcare needs. They had no idea what Christian Science was. “We turned over a lot of rocks in our life. We ‘kissed a lot of frogs’­– we went through a lot of different treatments,” he recalls. During that time, they lived in Florida with their young son, Danny, who was on several neurological medications. It required taking him to the hospital every four to five months for a battery of tests.

“When my wife took [11-year-old] Danny in for his blood work one day, they informed her he was extremely toxic, and they were not expecting him to leave the hospital.” Fran’s cousin, who is a Christian Scientist, learned of their situation and suggested they contact a Christian Science practitioner in their area. The practitioner they engaged asked several questions in an effort to understand their beliefs. She offered to meet them at the hospital.

The practitioner arrived and brought with her a copy of The Bible and Science and Health by Mary Baker Eddy. She sat with them and explained what she was reading aloud; adding that her purpose in the moment was simply to calm the atmosphere in the hospital room. Michael adds, “Danny was having a lot of neurological seizures prior to this, even though he was on a lot of medication. All of a sudden, everything just calmed right down.”

The practitioner left that evening, and the following morning, the technician who performed the neurological work-ups said to Fran, “I’m not finding any neurological disturbances, and I am doing everything correctly. Obviously, the medicine is working now.” Michael adds: “Well, my wife knew differently. She recognized immediately the Christ had come into her life, and it was the beginning of our journey.”

That was 1991, and they walked away from reliance on medical solutions completely. After leaving the hospital, Danny was weaned off all his medications. “It was a new beginning­—a wonderful new beginning, and we felt confident in Christian Science” says Michael. “We never felt that confident in the medical. It was quite a dramatic turn for all of us. From that point on, we moved forward and never looked back. While we’ve had challenges, we rely on Truth vs. medical. It’s truly been a blessing coming into Christian Science.”

Reliance on God resulted in another healing

Two years ago, Danny, who is non-verbal and fully mobile, fell in their house and broke his leg. Michael and Fran hadn’t dealt with a challenge like this with a broken bone. During his recovery, Danny was in a wheelchair, and they were encouraged to offer him exercise opportunities, so they started going to the pool. For several months, they worked with Danny to walk again, which was only possible with Michael holding him and Danny leaning on his Dad.

“This past Easter, after relying on a wheelchair for two years, Danny was sitting on the couch and—just like we read in The Bible story on Easter, ‘they moved the stone away.’ Well—Danny moved the stone away that day and he stood up. He had full mobility, full stability, and full confidence in himself. In his own way he said, ‘I’m done with this. I’m done with this dream, and we’re moving on!’ Danny has full ability now to move around the house wherever he wants. It was a remarkable change and a beautiful Easter healing.”

Once Michael discovered RVRN, he reveals, “What really moved me is that it is a network comprised of other Christian Science families like mine. It’s no longer a physical ranch, so it benefits everyone no matter where we live. I think this goes a long, long way in helping families. [RVRN] offers a variety of great resources, including useful information and monthly family calls.” It was on one of these calls that Michael shared Danny’s healing. “[RVRN is] needed by all of us! Sharing experiences with each other helps us all learn and grow.” 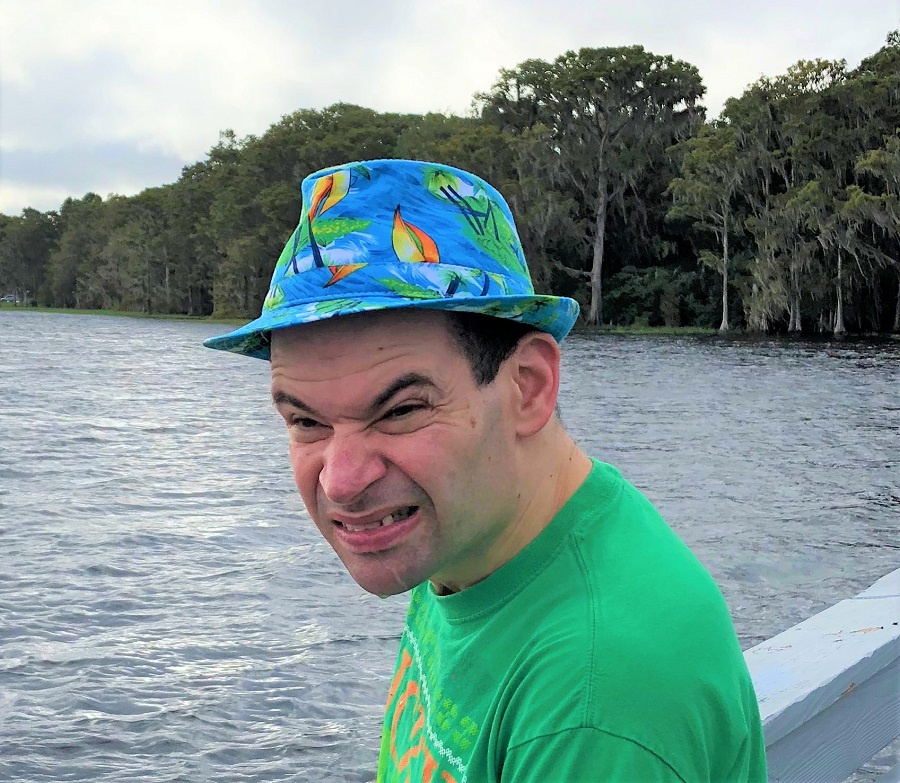