My husband and I recently returned from a visit with our son, Matthew. We hiked beside the Hudson River with his golden retriever. He shared favorite internet sites on his recently purchased computer. We hung out with friends. He treated us to dinner where we discussed the summer wedding plans of his older brother—Matt’s excited about the honor of serving as Best Man.

Flying home, we felt sad about the physical distance between us, but glad for his sense of independence, contentment and completeness. The time with our son is probably typical of others with a grown child who has moved away. The ordinariness of Matt’s life is cause of gratitude, since thirty-six years ago when he was born with the label of Down syndrome, there was a limited prognosis for his future. In fact, just days after his birth, we were advised to institutionalize him. Our response was “Absolutely not!” Although we faced some times of discouragement and worry, we were unwavering in our decision to raise him.

When Matt turned five, while his brother attended school just six blocks away, the nearest option for Matthew was 60 miles away at the Wyoming State Training School. Although boarding was provided at this school, we were insistent about tucking Matt into his own bed each night. Arrangements were made enabling him to make the round trip on a daily basis. Then we became aware of the Education for All Handicapped Children Act (PL94-142), passed in 1975, which established the right of handicapped children to an education in the least restrictive setting, thus ending any unnecessary isolation. We joined efforts of others to have a special education class offered locally.

They were part of the annual school Christmas program, an ordinary event I did not take for granted. Matt, dressed as Raggedy Andy, came out with third graders. The plan was for him to sit while they did a dance around him. However (unbeknownst to the others), having sat through the many rehearsals, Matt, too, had memorized the routine. The night of the program he spontaneously joined in. Spotting us in the crowd, he gave us a thumbs-up with a smile. As the audience responded with laughter and applause, I knew they had a glimpse beyond “that little Down syndrome boy” to view a coordinated, fun-loving kid!

Recognizing the latent abilities of our children, a teacher offered to coach a Special Olympics ski team. What could have been overwhelming was broken into achievable steps. Downhill skiing became Matt’s favorite sport, and one our family enjoyed together. In the eighth grade he was selected to represent Wyoming at the International Special Olympics. Unfortunately, it was an opportunity he was unable to take advantage of. As educators, his dad and I had accepted positions in Alaska and we were moving.

We were not concerned about Matt’s schooling—with PL-142, Matt’s education would continue even in the remote villages of Alaska. But we were concerned about his social life. There would be no Special Olympics—no swimming pools, no bowling alleys, no skiing. There was, however, volleyball, basketball, and wrestling. In Wyoming, with the large number of students wanting to participate, school sports was not even a consideration. But here he was asked to join. He participated in practices on weekdays and for sporting events he boarded small planes with the team to nearby villages. He was included in school dances. He used our four-wheeler to join friends on rides along the beach. During Matt’s junior high years in Wyoming, he was tolerated by the students. In the villages, Matt was accepted!

It is a tradition that all graduates give a speech on graduation day. Listening to Matt’s talk, a range of emotions swept through us. We’d been feeling apprehensive about what the future held for him, similar to how we felt when he turned five and began his schooling. No way could we have outlined what had unfolded for him these past fifteen years! Again, we’d take each year one at a time, expectant of good.

Matt currently works as a dishwasher at Joint Base Elmendorf-Richardson, a US military facility in Anchorage. He lives independently in Palmer, a few hours away from his parents.

Matt’s looking forward to joining his pals at the upcoming 100 Elk program in October. 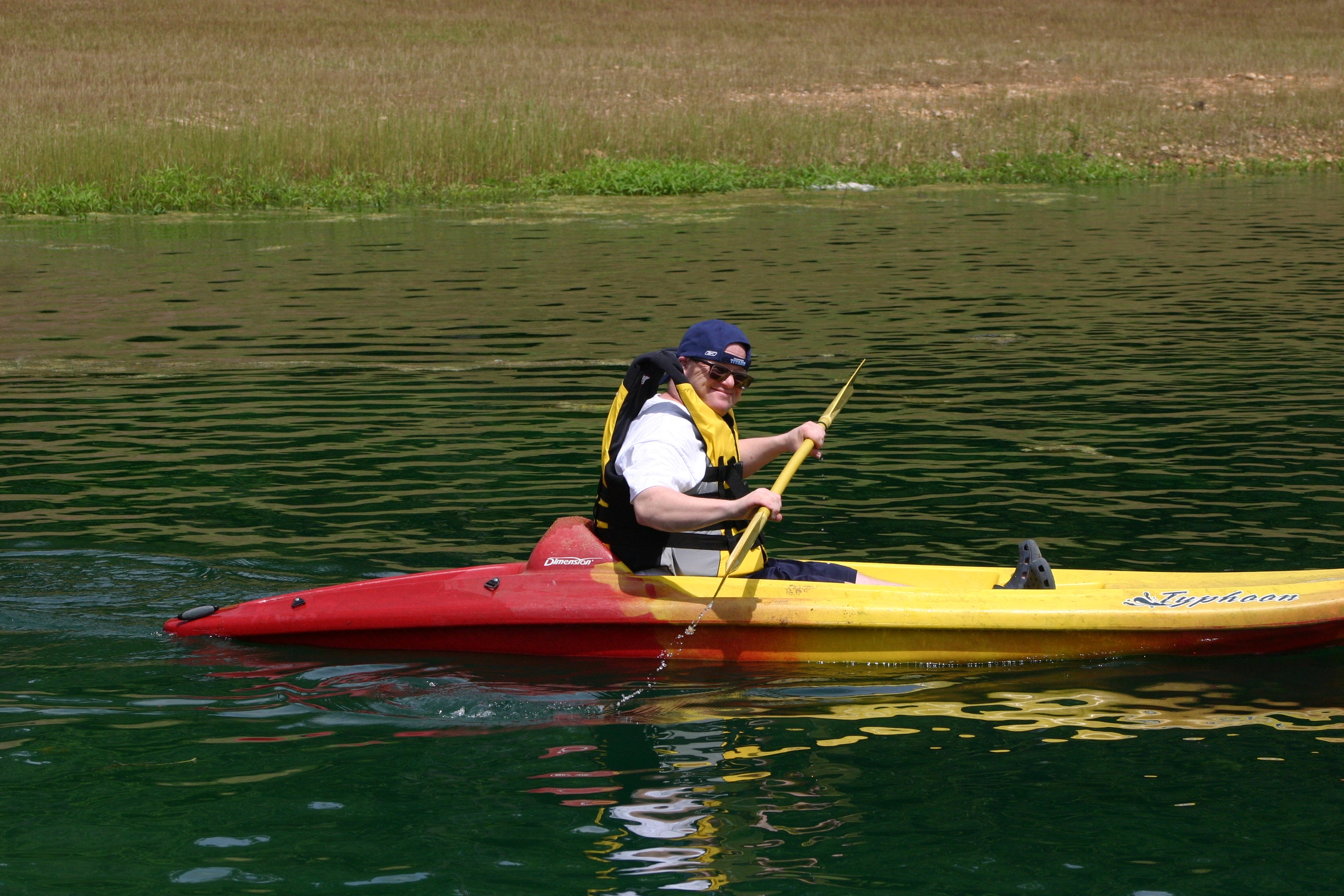