Seeing Perfection Instead of Disability

Seeing Perfection Instead of Disability

For Judith Cordray, witnessing ability begins in the eyes of the beholder. “The more I clearly understand it’s what I’m seeing, not what’s there [before my eyes]” that’s important — the more progress she sees in her son Frederick, the youngest of three. “You have a responsibility to make sure that you’re always striving to see [their God-given] spiritual perfection, not just accepting the picture.”

This realization became clear when Judith and her husband, Jim, saw Frederick—who is termed developmentally delayed and is nonverbal—progress suddenly in his horsemanship skills.

While attending elementary school in Ohio, where Fred was born 29 years ago, Fred began taking adaptive horseback riding lessons in a group, Judith explains. During the sessions, each rider was led around the ring by a helper/horseback handler while the instructor taught the lesson. Fred enjoyed this activity for years, but this was the extent of his skills development—and the extent of what everyone thought possible for him.

When the Cordray family relocated to Reno, Nevada in 2010, they connected with the local chapter of the riding organization. This time, Fred was in a class by himself, one-on-one with the instructor. In a short period of time, “Fred’s ability just really took off,” shares Judith. “His experience went from being a pony ride to independent riding, trotting, and maneuvering – while learning to care for a horse by himself. Fred has really grown into it.”

The change came as a wonderful surprise to Judith and Jim. When asked what changed, Judith comments, “I think the belief in limitation came from my husband and myself as parents [accepting the material picture], not from Fred. It’s really clear to me now, it was our perception of him.” Once they began to see his ability, they actively refused to accept the belief of disability, and they witnessed Fred make huge strides, which extended into other areas of his day-to-day life.

“Fred reads books now—which we never thought he’d do. He does so many things that he didn’t do in the past.” In fact, he’s learned to communicate using an iPad. Judith describes their son as “a whole, complete, perfect child of God.” The material picture of limitations, she adds, “is what ‘mortal mind’ says is the truth. It’s not the reality. Progress is made in every situation when we understand what is real. The more I see Fred as he truly is—perfect—it’s manifested in his experience.”

Since living in Reno, Fred’s joined an organization that provides adapted activities for people with special needs. Participants enjoy playing games, going to the theater to watch movies, and having fun socializing together. In addition, this organization sponsors a respected training program that helps transition individuals from school to job settings.

Truly, Fred is taking full advantage of every opportunity that’s before him!

The Cordrays heard about Rainbow Valley Resource Network (RVRN) through a friend that attended an A/U Ranches Christmas program and met an RVRN staff member while there. “I had no idea there was anything out there like this,” mentions Judith. “I started joining RVRN’s monthly Family Support Network calls, and it’s been fantastic! It’s really nice to know there is an organization that supports our specific community” of Christian Science families raising loved ones with special needs.

“It’s very helpful because most of the time, when you talk to individuals who have a child with a disability, it’s about the medical and all the physical and material issues in their situation; whereas with RVRN, you’re talking with other Christian Science parents who are dedicated to seeing the spiritual—true picture,” while also sharing practical insights about daily care.

A sense of freedom!

Fred is also actively involved with Special Olympics. He loves swimming, softball, soccer, and basketball. Judith recalls a time when Fred was participating in an event and all the other athletes were encouraging, supporting, and helping him. “Suddenly it occurred to me, why am I worried what will happen to Fred when I’m not around? Seeing the love of his team members made me realize, ‘God is showing me that Fred is being taken care of right now.’ It was the realization that brought me peace and freedom. God’s right here. He’s taking care of us all. It’s not my job.”

Judith and her son, Frederick. 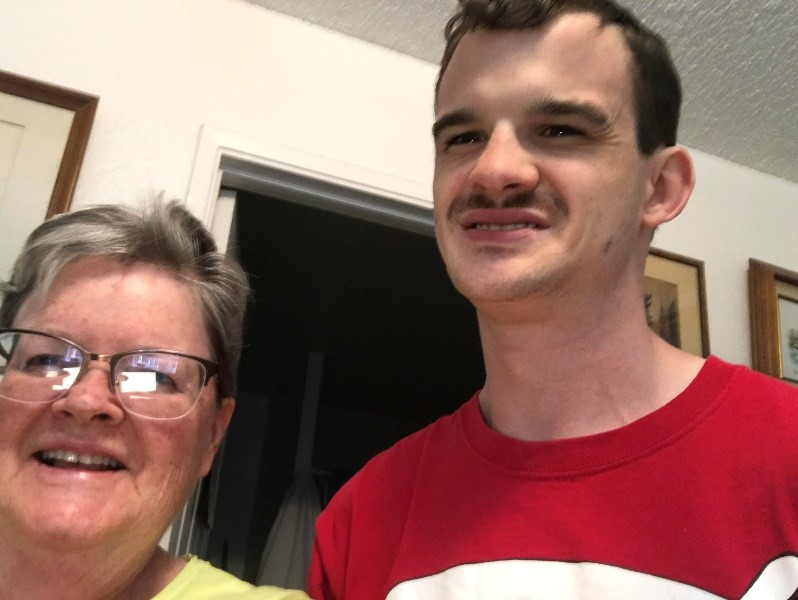 Letting God be the perfect Parent »
« Healing answers are there